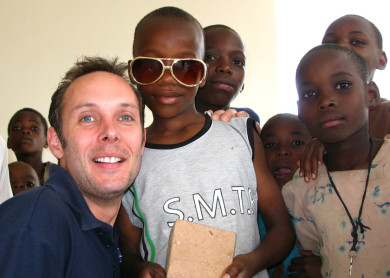 Gus's love of Africa started around the turn of the millenium when he visited Kruger National Park in South Africa on his first ever safari with a best friend.

Gus returned to Kenya's Masai Mara the following year for a weeks safari where a chance encounter with award winning photographer Paul Goldstein would further his interest and passion for the African plains.

'Ever since he 'borrowed' my 500mm F4 lens eight years ago, Gus has been a lifelong friend and photographic colleague. I have guided literally hundreds of aspiring photographers in that time but it is probably his company I enjoy about the most. Regardless of the fact that he is a Newcastle Utd supporter and therefore northerner by default, he is one the most promising photographers I know. He is fiercely critical of his own work and has, not only a very keen eye, but also the chutzpah to gamble. He knows that by gambling consistently he will eventually strike gold. Take a look at this site, for me it is like looking through a family album, but a very good one.

It also helps if you have the correct attitude towards your craft ....and talent, which you have in spades.' PG

Gus has also been involved with a charity based in North West Tanzania where he led teams of dental volunteers operating dental training and community development programmes in the rural areas.

'...Tanzania has a ratio of one dentist to every 300,000 people, and most of these are found around the major cities. Up to 90 percent of the population live out in the rural areas with no access to safe dental treatment. Bridge2Aid is helping to change that.

For me it's about giving something back that's sustainable to the local people and I'm fortunate to have some skills that I can pass on to help them in a small way. It's run by a fabulous bunch of people with boundless drive and energy and I feel very priviliged to have been a part of it...'

'...the priority for me is just to keep improving, trying new ideas and having loads of fun, the rest will take care of itself. Right now its hard enough to find the time amoungst other projects to pick up the cameras and jump on a plane, but I'm never more relaxed than when I'm out there, it's a very special place for me. It's home.'

In 2008 Gus was the Wildlife Category Winner in the Wanderlust Travel Photo of the Year for his slow panned image of Wildebeast crossing the Mara River and in 2009 was Highly Commended in the Winland Smith Rice International Awards, Natures Best Photography. His portrait of a lon cub on a tree stump was exhibited in the Smithsonian Museum of Natural History, Washington DC. More recently he was commended in the Sony World Photography Awards 2011 which exhibited in London and has had further awards in the International Loupe Awards in 2012 and 2013.